Cheapism may earn a commission if you buy through a link on our site.
Leer en Español
frytka/istockphoto

Essential Gins for Every Type of Drinker

View Slideshow
Cheapism is editorially independent. We may earn a commission if you buy through links on our site. Learn more 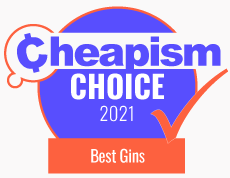 Like so many other things that turned out to be too much fun for the pharmacy, gin started out as a medicine. The documented medical use of alcohol and juniper — the primary building blocks of all gins — dates to at least as early as 70 A.D. Benedictine monks used a variant in 1055 in Salerno, Italy, and the Dutch tinkered more in the 16th century — but gin came into its own for real in 1700s England. It traveled with the British to the New World and eventually became such a staple of American bar culture that FDR, the country's greatest drinking president, mixed a gin martini — there's no other kind — on the radio to celebrate the end of Prohibition. Gin is elegant, complex, haute, and boundlessly versatile. Here's a list of the very best gins for a range of budgets.

Prices and availability are subject to change.

You can get more expensive gins. You can get trendier gins. You can get gins that come in cooler-shaped bottles. But you could search far and wide and never find a more authentic London dry gin than Beefeater. A classic with a century and a half of history, Beefeater remains one of the top go-to gins in the world for good reasons. It's affordable, it's everywhere, its botanicals epitomize the tradition, and, of course, it drinks well. Don't call it a budget gin. It's a value gin.

Related: How to Fully Stock Your Bar for Under $300

It's not the most common gin on the lower end of the scale, but this import from Iceland just might be the finest value gin that money can buy. Low-mineral, high-Ph Icelandic water is used in the distilling process. Its base spirit is made from wheat from the Champagne region of France, which presumably makes it the Champagne of wheat. Its list of six botanicals is simple but international: Balkan juniper, Chinese cassia, Mediterranean licorice, Spanish citrus peel, French angelica, and Polish coriander.

Related: The Best Vodka Under $30

Like Absolut is with vodka, Bombay Sapphire gin is famous for its iconic bottle. Unlike Absolut, what's inside that bottle is heralded as a best-in-class spirit that punches well above its price range. Its 10 botanicals may feel cluttered for purists who prefer a more traditional list of half a dozen-ish, but the end result is a surprisingly understated and subtle flavor.

Related: The Best Costco Brand Liquors to Buy — and Which to Leave on the Shelf

It's hard to know if actor Ryan Reynolds actually knows anything about gin or if he just slapped his name on the brand in exchange for a payday — but it doesn't matter. Aviation is one of the rare celebrity spirits worth trying. Billed as an American-style gin, its infusion process places much less emphasis on juniper than standard gins — its entire botanical profile, in general, is understated. The result is an impressively smooth gin that is perfect for anyone who appreciates subtlety.

Related: Celebs Who Own Beer, Wine, and Spirits Brands

The most celebrated non-Scotch spirit to come out of Scotland must be Hendrick's, which is almost universally recognized as being excellent for the price — excellent, period, in fact. It's made with 11 botanicals, but the calling card of Hendrick's is most certainly its trademark infusion of cucumber and rose.

Related: 14 Best Tequilas Under $30 a Bottle for Your Home Bar

Available from Greenbar Distillery in both City Bright and City Amber variations, City Gin has a wheat spirit base like many gins. Its botanicals are based on juniper, like all gins. But the similarities stop there. A different kind of gin designed to emanate the flavors of its home city of Los Angeles, its ingredients list features curveballs like ancho chiles, California bay, and lapsang souchong.

Related: Spirits and Mixers Every Home Bar Should Have

Astral Pacific's base spirit sets it apart from the pack of common gins, virtually all of which start with a flavorless grain-based spirit. This creation from The Spirit Guild, on the other hand, is made from California clementines, and that citrus base remains at the foundation of the spirit throughout the distilling process until it's finished gin.

Monkey 47 is a complex gin with a botanical profile that is too heavy for some, but Monkey 47's loyal adherents need no convincing — and the fan club is growing. It's not a novelty gin, but it's certainly not like the rest. A German Schwarzwald dry gin, its huge flavor doesn't come from a half-dozen botanicals or 10 or even 20. It's right there in the name — 47 different botanicals are competing for your taste buds' attention.

Highclere Castle has won too many gold star awards (six) and scores too high in the rating system (95) to ignore. Distilled and infused with 10 botanicals — all of which adhere to the classic London dry tradition — it boasts a hefty 43.5% ABV. It bills itself as the first super-premium gin created specifically to be enjoyed straight on the rocks.

Related: Best Bottles of Bourbon for $50 or Less

Fragrant and floral, Jaisalmer is a tribute to the exotic Indian city of the same name. It's a gin with a kick, which is why it winds up in so many negronis and gin and tonics. Although for those who enjoy full-flavored martini, there's no reason it couldn't be served straight-up with olives and a splash of vermouth.

Related: How to Drink in Other Countries

Although it's essentially a London dry, HH Bespoke is billed as an American-style gin, so it's smoother and lighter than you might be used to, but no less floral. Its primary botanical is, of course, juniper, but lavender isn't far behind. It mixes very well, and if you order it when you're out, make sure somebody interesting notices — it's one of the most fashionable gins on the market right now.

Kinobi Kyoto might never become your all-the-time gin, but if you want to impress yourself or someone else, it would be wrong not to try this Japanese dry gin at least once. Its homeland is evident throughout its aromatics profile. Its blend of botanicals is sourced from Japan — think: gyokuro tea and yellow yuzu — and some can't be found anywhere else. It's not the most expensive gin in the world, but it might just be the most exotic.

Related: 20 Splurge-Worthy Tequilas That Are Perfect for Sipping

What to Buy on Black Friday

Tell-Tale Signs You're Too Cheap