What Does It Cost to Send a Kid Back to School?

America's public school system ensures that every child in the United States gets a free education, but "free" is a misleading term. State and local taxpayers pay for the buildings, utilities, teachers, desks, chairs, and, in many cases, computers. However, parents and guardians — even students themselves — pick up the tab for the rest. That means supplies like pencils, notebooks, clothes, shoes, jackets, electronics, and, of course, the all-important backpack. When the tally is complete, families can expect to spend more than $1,000 a year for even the youngest children.

Related: What Kids Carry in Their Backpacks Around the Globe

Huntington Bank performs a comprehensive annual study examining the burden of back-to-school spending. Called the "Backpack Index," the survey is conducted in cooperation with Communities in Schools, which provides assistance to teachers and low-income families struggling to keep up with the cost of supplies. The study analyzes costs across dozens of categories tailored specifically to elementary, middle, and high school kids. For the first time ever, the totals for all three groups include a comma. Here's how much parents can expect to spend by grade level:

The Huntington Bank study, now in its 13th year, tracks prices for all the common age-appropriate supplies (such as glue sticks and crayons for young children; protractors and graphing calculators for high school kids). The breakdown also includes some things left out of traditional back-to-school spending surveys: estimated extracurricular fees and, for high school students, the cost of college prep materials. It does not include school clothes and shoes. The results reveal that the biggest expense across all age groups is technology, which the study's authors point out has become a necessity, not an amenity. Even elementary school students are increasingly asked to submit assignments from home, so the index now includes the cost of a basic laptop and home internet access. Here's a look at the costs by category: 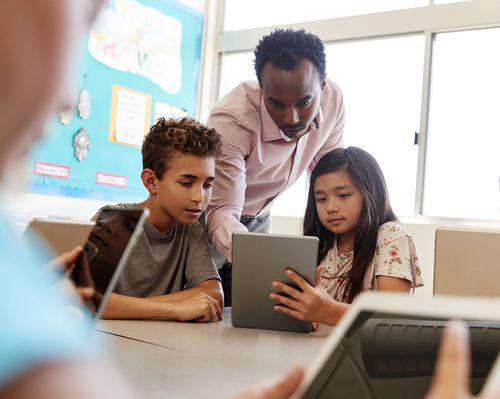 The National Retail Federation conducts its own survey on back-to-school spending that focuses on retail items. The NRF predicts record spending on school and college supplies in 2019. In all, families are expected to pony up $8.7 billion. The average household will spend $696.70 in 2019, up from $687.49 in 2018, according to NRF projections. Here's how the average respondent's planned back-to-school spending breaks down:

50 Facts You Learned in School That Are Actually Lies

It shouldn't come as a surprise that people spend more year to year, considering that inflation and an increasing population cause per-person and cumulative spending to rise across most retail categories — but school supplies are different.

The NRF's survey data for kindergarten to 12th grade, however, shows a 6.8% increase in expected spending over 2018 — closing in on double the growth of overall spending, putting extra pressure on families.

Families Are Feeling the Squeeze 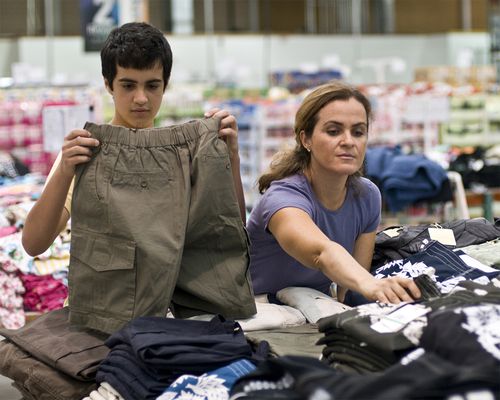 This is backed up by retail trends and data from discount site RetailMeNot. RetailMeNot’s research, which, again, doesn't include expenses such as extracurricular fees but does include apparel, found that parents plan to spend about $40 more in 2019 than they did in 2018: an average of $507 compared with $465 the year before. Here's how that study's numbers break down:

No matter how you slice it, families are spending more than ever to send kids to school, especially now that connected devices are considered a necessity. Factoring in things like the cost of activities, sports, and clubs, on top of the supplies you buy at the store, pushes the annual price tag toward four figures, even for elementary school.